Thank you to all who bought a sandwich and helped to make this sale a success. 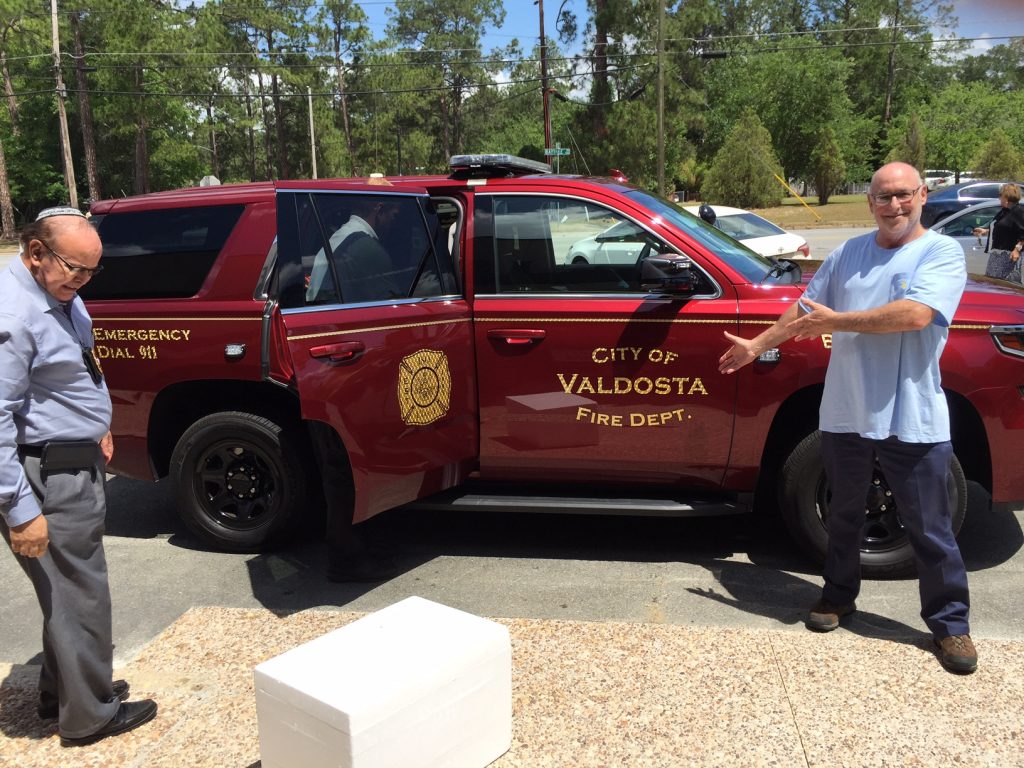 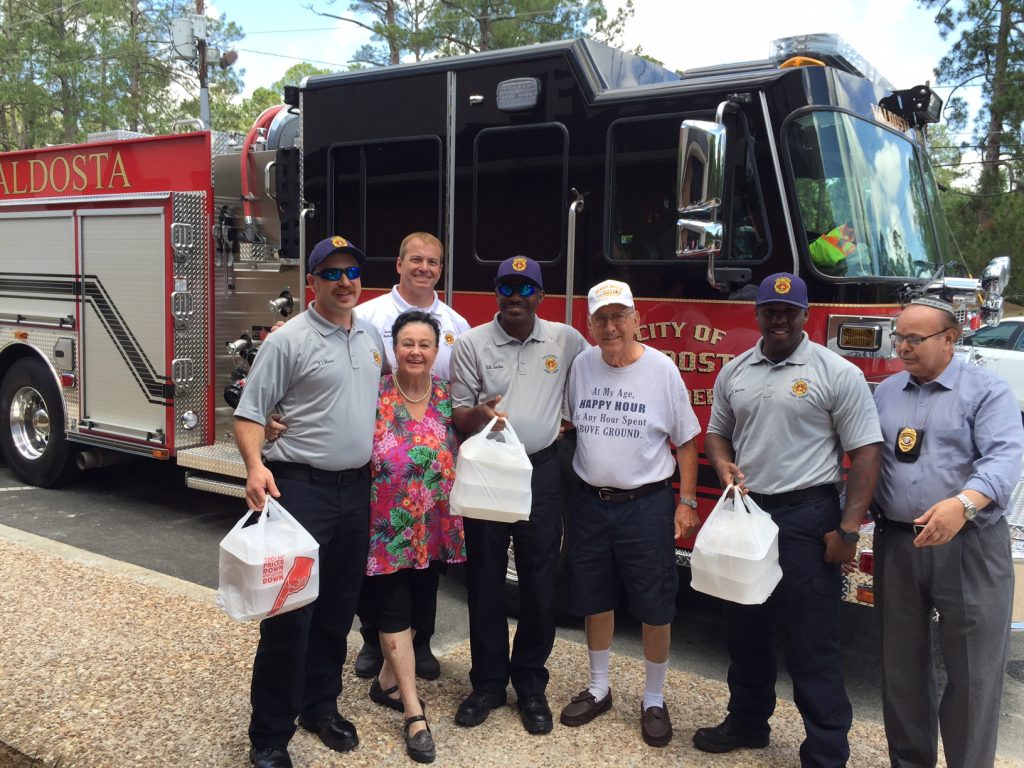 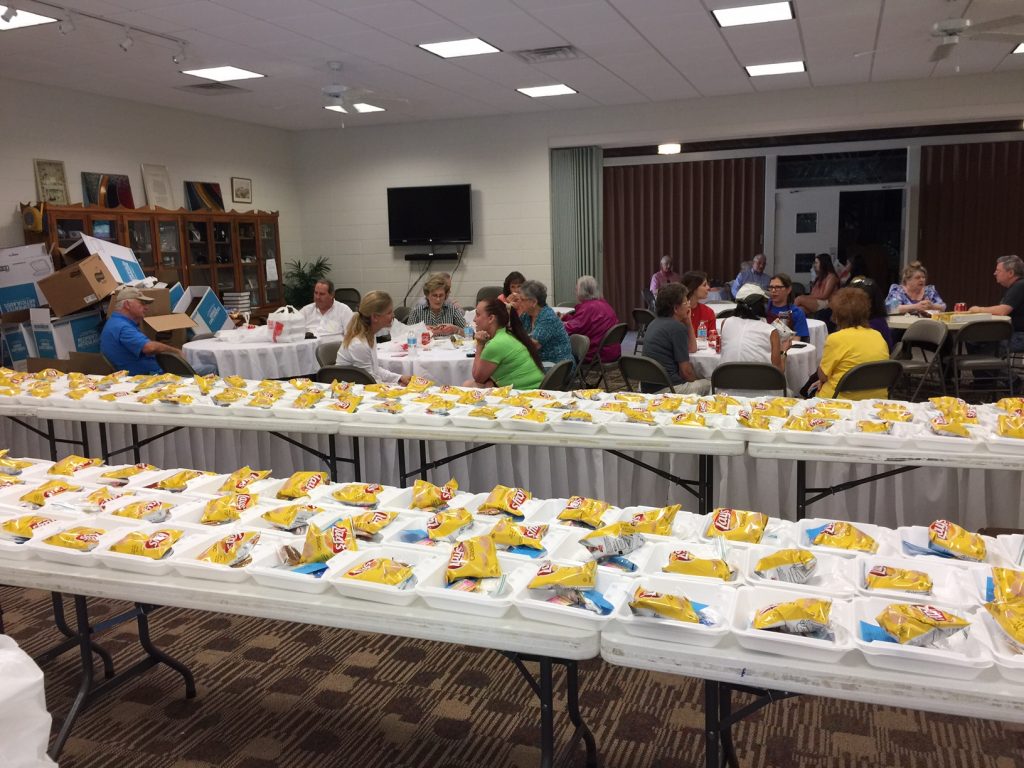 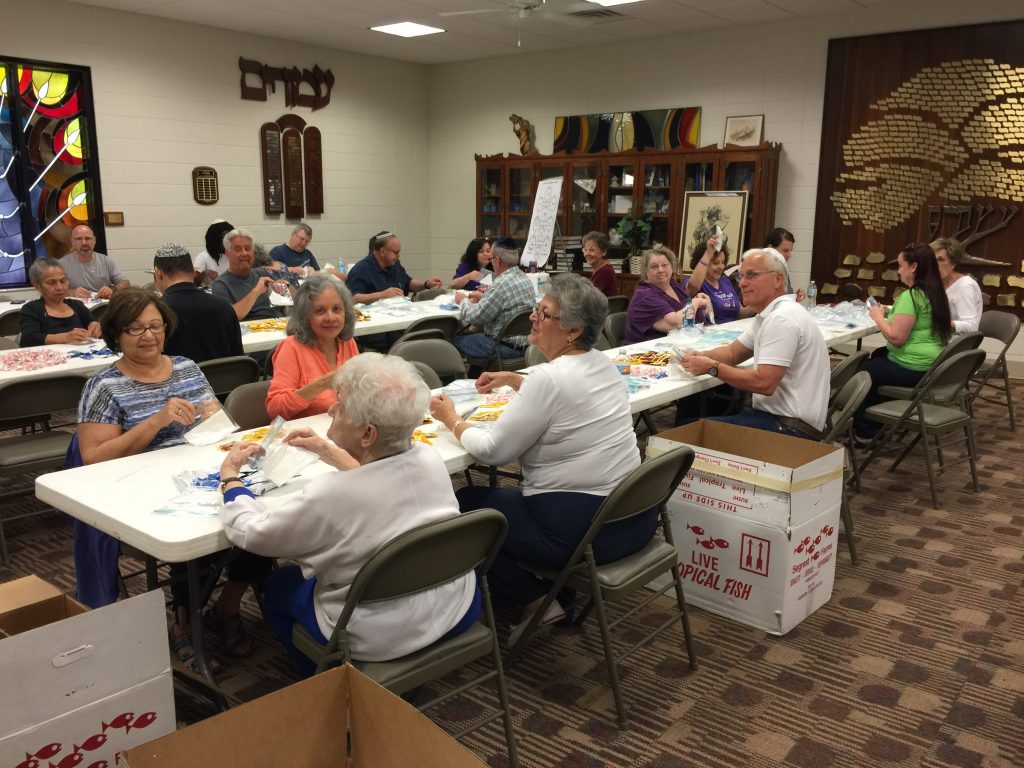 A Fight for Religious Freedom
“And you shall tell your children that on that day the Lord has took you out from the house of bondage” From the Haggadah
In our community and around the world we are called to interpret and make meaning of the crises humanity face. Since January this year, the world is in a lock-down shutting all phases of a normal way of life, including the gathering in the sanctuary for community prayers, festival celebrations and practicing social distancing, making it most difficult for elderly and families. During these past weeks, we have learned to engage with our membership and friends through social media and for the first time we are recording Sabbath services and Bible studies providing another approach to stay in touch.
Another outcome of this isolation, we have learned to refocus our thoughts and prayers to humanity as people and community realize that we are here together and must resolve our problems together. We celebrate the quietness of the outdoors, breathing the clean air, smelling the flowers, listening to the whisper of birds, and sensing the still small voice within each of us.
Then we turn to our religious beliefs for comfort and solace. Jewish communities began reading this week, the Third Book of Moses, Leviticus, better known as the book of the Code to Holiness. Among the major topics discussed, it details a long list of ‘offerings’ to be brought to the Temple in Jerusalem as gratitude or for unintentional offenses or for celebration of festivals and life. In the opening words of Lev. 1:1 “And God called upon Moses, and He spoke to him saying…” The rabbis commented that the opening word ‘And God Called’ expresses love and grace toward Moses, a man who devoted his life for the mission” Let my people go…”, and Moses reward to receive God’s grace.
In our present crisis, we search for meaning to life and for the purpose of our actions. Righteous deeds toward fellowmen may include; a phone call expressing hope and positive outcome, helping people in the elderly community with groceries and filling out medicine, listening to the anxiety of children and keeping them engaged . This is also a unique time to communicate with our Creator, sharing your sincere hopes and prayers with God in Hebrew, Arabic or English, with such a force for all humanity that all plaques will be canceled and removed from our world.
Passover, the oldest of all Jewish festivals is being celebrated beginning April 8, 2020 throughout the Jewish world. Passover is the celebration of the historical exodus of the Israelites from the Egyptian bondage that lasted over 400 years. Close to 3400 years ago, the exodus from Egypt took place and thus established the Israelites of the 12 tribes into a cohesive Jewish nation. In Exodus 12, the first record of the festival included the Passover offering which symbolized the first act of freedom; the religious commandment to eat the Unleavened Bread or Matza during all eight days of the festival.
The first observance of Passover was celebrated in Egypt known as a Seder or Passover Offering followed by the Exodus itself at midnight. Leviticus 23:4, relates to Passover as a Festival of the Lord among other major sacred occasions; and in Numbers 28:16 the Torah describes the Passover offering. These are the major references in the Torah (Five Books of Moses). At the same time, Judaism refers to Passover as the Spring Festival, celebrating the ‘rebirth’ of the earth after the long winter.
The events leading to bondage in Egypt begins with the Patriarch Jacob and his family coming to Egypt 400 year earlier escaping famine in Canaan. A new Pharaoh rose who did not recognize Joseph’s accomplishments, and began to enslave the Children of Israel through forced labor and intimidations, building cities as Pithom and Raamses out of bricks made of mud and straw. Moses, a son to a Levite family becomes their spokesman and delivers uncompromising messages of God to Pharaoh, “Thus says the Lord, the God of Israel: Let My people go that they may celebrate a festival for Me in the wilderness.”
The major observance of Passover are held in the homes and synagogues on the first two nights of the holiday. This is a festive, ritual meal called ‘Seder’,which includes prescribed texts, songs, special foods and prayers of praise, and the story of the exodus is told, reenacted, and explained. The story of the Passover is debated by the assembled to early hours of the morning. The Seder begins with lighting candles,a benediction over wine, introducing the three main symbols of Passover: Matza (unleavened), Marror (bitter herbs), and Pesach (roasted bone). Following the telling of the story of Passover a festive meal is served and concluded with songs of praise
Unfortunately, we will be celebrating the Passover Seder/Festival meal in our homes without family or friends. A festival that all centers around asking questions: “Why tonight is different from all nights?” and singing “When Moses was in Egypt Land, Let my people go” and opening the door for Elijah the prophet. We will bring all of our people together using Zoom, Facebook or any other media and we all pray for returning back to build our lives from Slavery to Freedom.

Passover is known as the festival of freedom, and who is free than royalty? At the Seder, all Jews are supposed to consider the idea of freedom more than royalty as they actually are freed from slavery. Some of the ways we demonstrate this are:

LEANING - As a sign of royalty, the Sages taught that one must leaning to one’s left while drinking the wine and eating the matzah. In the time of the Mishnah, it was customary for royalty to eat in a lounging position. (Think of pictures of Roman nobles eating.) In many Jewish homes, people cover the pillows upon which they lean, with fancy, decorated pillowcases. In fact, decorating Passover pillowcases is a great way to involve the children in preparations for the holiday.

RED WINE - While wine connoisseurs around the world may argue over white versus red, sweet versus dry, etc., Jewish tradition strongly recommends that the wine at the Seder be red. Why red? In ancient times, wine merchants sometimes watered down the white wines, making it cheaper both in price and quality. Thus, since we Jews live as royalty for this evening, red wine is recommended. Additionally, red wine reminds us of the blood of the Jewish people slaughtered by Pharaoh. (However, if you strongly prefer white wine, by all means, have some.)