The formula for success for the people is unambiguous. In return for observing and performing all the commandments of the Torah, the covenant and the kindness that God swore to bestow upon the forefathers, will be conferred upon the present and future generations.

Not only will the people achieve material success, God will also bless the fruit of their wombs and the fruit of the land. By following this formula, Israel will be the most blessed of all people. God will remove all illness from His people, and devour all their enemies. If the people only abide by the directives of the Torah, God promises to deliver the enemy kings into Israel’s hands. No man will be able to stand up against God’s people.

For added security, Moses reminds the people to burn all the carved images of the Canaanite gods. The Israelites are forbidden to covet or to take for themselves the silver and gold that adorns the idols, lest they be ensnared by it. It is an abomination of the Lord your God (Deuteronomy 7:24-25).

In Deuteronomy 7:26, Moses continues his admonition by boldly demanding in God’s name, וְלֹא תָבִיא תוֹעֵבָה אֶל בֵּיתֶךָ וְהָיִיתָ חֵרֶם כָּמֹהוּ, שַׁקֵּץ תְּשַׁקְּצֶנּוּ וְתַעֵב תְּתַעֲבֶנּוּ, כִּי חֵרֶם הוּא, And you shall not bring an idolatrous abomination into your home, lest you become cursed like them; you shall surely loathe them and you shall surely abominate them, for it is a cursed thing.

The commentators explain, that only the idols themselves are forbidden, but not the ornaments. However the Torah admonishes that any benefits from the idols whatsoever, are strictly forbidden.

The Sefer Ha’Chinuch explains that because of greed, Jews would not easily part with the silver, gold and jewels that adorn the idols. The warning must be reiterated because the people would not otherwise have the spiritual strength to cast the precious jewels aside and would eventually be ensnared in the practice of idolatry itself.

Maimonides explains that a person who takes an idol home may suddenly experience good fortune, and attribute the success to the idol. That coincidence may very well lead to idolatry and idol-worship.

While the biblical verse may be referring to ancient idols of Ba’al Pe’or and Ba’al Zevuv, the same ancient text resounds loudly and clearly today. It is not that much of a stretch to say that the ancient abominations have their counterparts in contemporary society. Not only do we bring abominations into our homes regularly by subscribing to cable TV and the internet, we even invite the providers to drop off their garbage in our home, for which we reward them quite handsomely. Shabbat Shalom 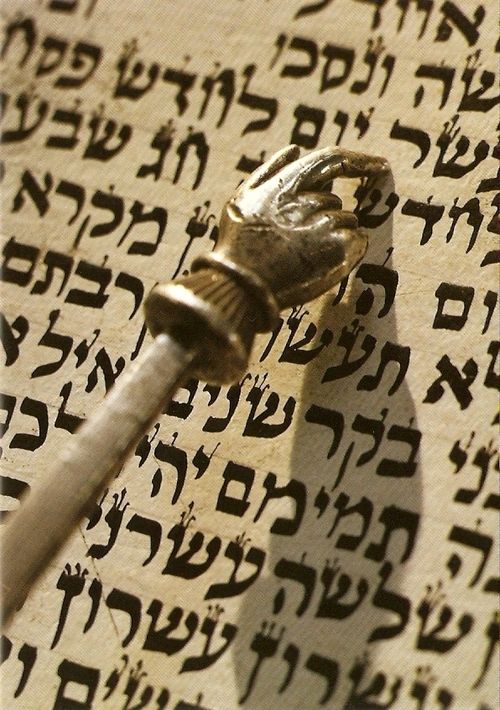 In Shemot, we encounter one of the most formidable issues facing contemporary Jewish life: How to raise Jewishly-identified children in a rigorously challenging environment.

At first blush, the issue of Jewish identity would hardly be a theme likely to be found in this week’s portion. But, clearly, Moses was raised by Pharaoh’s daughter in an intensive Egyptian environment. Nevertheless, Torah says, Exodus: 2:11, וַיְהִי בַּיָּמִים הָהֵם, וַיִּגְדַּל מֹשֶׁה, וַיֵּצֵא אֶל אֶחָיו, וַיַּרְא בְּסִבְלֹתָם , and it came to pass in those days, and Moses grew up, and he went out to his brethren, and he saw their burdens.

Not only does Moses see the Hebrews’ burdens, but when he sees an Egyptian taskmaster striking a Jewish slave, מֵאֶחָיו , of his brothers, he looks this way and that–-sees that there is no one who will stand up to defend the Hebrew slave, and Moses then strikes the Egyptian dead, and buries him in the sand.

This clearly begs the question: How did this Egyptian prince, Moses, raised in Pharaoh’s palace, not only develop a Jewish identity, but also a profound sense of caring for his fellow Jew?

The Biblical narrative and the elaborate Midrashim concerning the birth of Moses are well known. Pharaoh had instructed the midwives (Exodus 1:16) to kill all the Jewish male children. The midwives kept a careful record of the pregnant Jewish women so that they could come at the appropriate time and murder the babies. According to tradition, (Rashi, Exodus 2:2) Moses was born, miraculously, after only six months, and survived. That is why his mother was able to hide him for three months.

Every day, the Egyptians would come to the house of Moses’ parents, Amram and Jochebed, to look for the child. When Jochebed could no longer hide the child, she constructed an ark of bulrush, covered it with pitch outside, and placed it on the river, leaving Moses’ sister, Miriam, to watch the child.

According to the Midrash, the Al-mighty caused a great heat wave to strike Egypt, and all the people went down to bathe in the river. When the daughter of Pharaoh, who had also gone to the river, beheld the ark floating in the water, she instructed her maidens to bring the floating vessel to her, adding, that perhaps, there is a child who can be saved.

The Midrash maintains that the handmaidens were loath to go against Pharaoh’s decree that all Jewish male children should be drowned into the river.

Moses thus is an instrument that brings to an end a enslavement of the Israelites and all who are oppressed. With the skills of an Egyptian prince will guide his efforts.